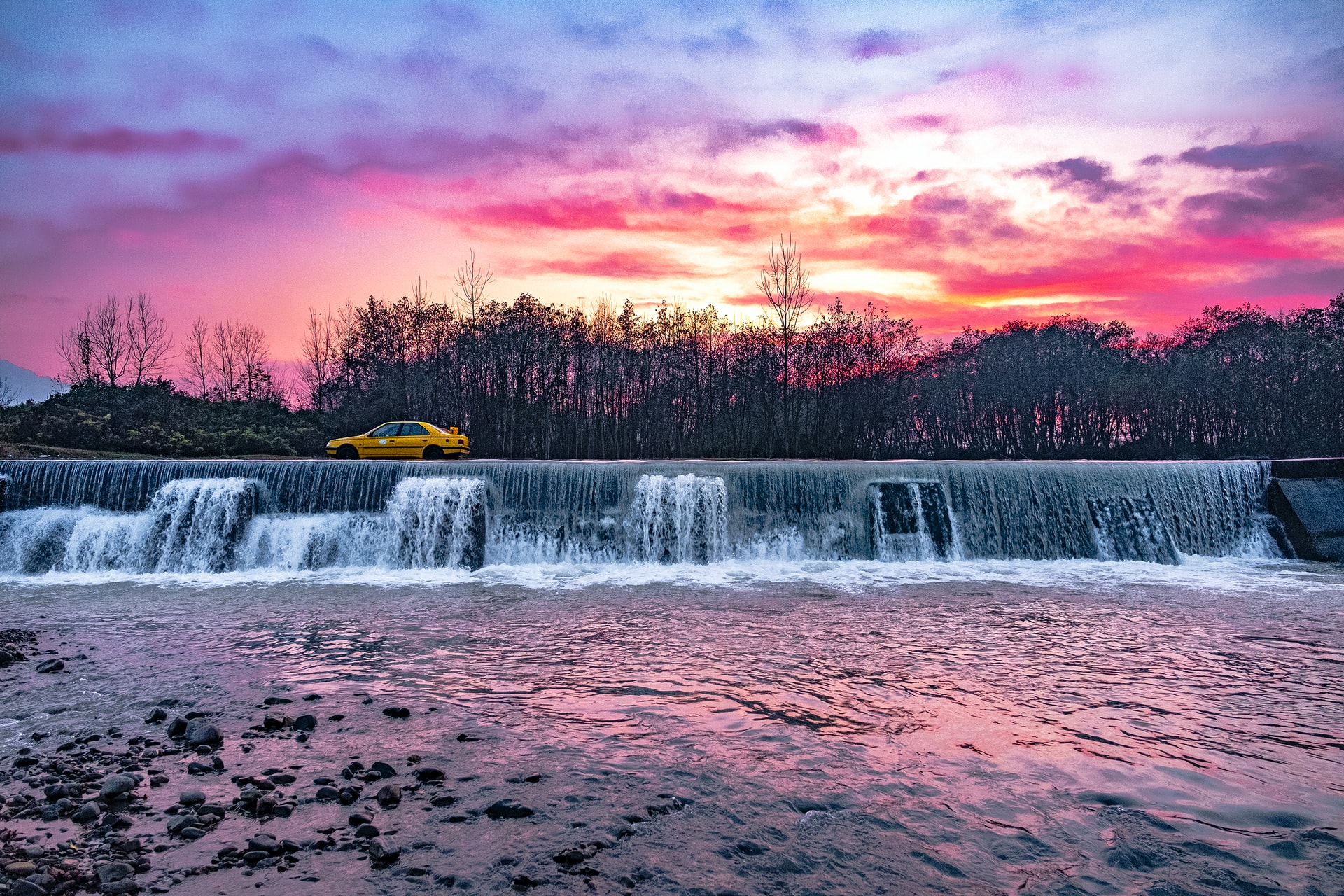 Nearly two years ago, I saw a story online in the Reading Eagle. It was about grants for river-restoration projects from the Pennsylvania Department of Environmental Protection. The organization I work for, American Rivers, was getting $275,441 “for the removal of the Paper Mill Dam on Cacoosing Creek and riparian corridor and stream bank restoration in Spring Township.” After some quick emailing with my mom, we confirmed it’s the Van Reed Paper Mill Dam — the one in the picture on Aunt Kaki’s wall. While the picture had been there throughout my childhood, I’d never paid much attention to it, never registered the fact that my family had built a dam. American Rivers and partners are making final preparations, and the dam will be torn down in the coming weeks.

The Lenape were here first, hunting, fishing, traveling and living along these creeks and rivers. When my mom’s family, the Van Reeds, settled in Berks County around the time of the Revolutionary War, the Lenape had already lost all claims to their ancestral lands thanks to agreements broken by European settlers. Around 1825 my great-great-great-great grandfather Henry Van Reed built the dam and paper mill at the confluence of the Cacoosing and Tulpehocken (the “place of owls” and “land of turtles” according to The Story of Berks County, published in 1913). My ancestors owned and operated the dam and mill for 70 years.

The revolutions of our water wheel turned trees into paper, the creek into profit. All across the Mid-Atlantic and Northeast, dammed rivers spun wheels and turbines, powering the Industrial Revolution. Today there are more than 90,000 dams on rivers across our country. Many are outdated, unsafe, or no longer serve a purpose. The defining characteristic of a river is that it flows — they’re meant to run free. Harnessing a river with a dam stops the water, backs it up, changes the water quality and temperature, prevents the movement of gravel and sediment, and blocks aquatic life from moving up and downstream. When rivers, the veins and arteries of our planet, are clogged and sick, it’s a health problem for all of us. So when a dam outlives its usefulness or its costs outweigh its benefits, American Rivers works to set the river free.

Removing a dam can restore river health and water quality, bring back fish and wildlife, eliminate public safety and flooding hazards, and create new recreation opportunities. American Rivers’ new report Rivers as Economic Engines details the jobs and other economic and community benefits that come from dam removal and watershed restoration. Put simply, free rivers work better. It’s why American Rivers set a goal to remove 500 dams in five years, and why we are training local leaders, improving policy and pushing for additional funding to enable the removal of thousands more.

Removing the dam on Cacoosing Creek will restore more than seven miles of habitat for American eel, trout, blacknose dace and white suckers. It will revitalize the health of the entire ecosystem. Nationwide more than 1,700 dams have been removed to restore rivers, and Pennsylvania leads the nation in dam removal. When I shared the news of the dam with my extended family, my cousin David summed it up well. He wrote, “I’m struck by the idea that the same ideals that motivated the Van Reeds to build the dam (e.g. improve their quality of life) are now motivating its removal.” I don’t think Henry Van Reed would ever have dreamed there would be a massive movement to tear down dams like his and restore rivers in Pennsylvania and across the country. For him that would have been antithetical to progress. But what’s unimaginable can become reality. What’s impossible can become possible.

2020, this year of reckonings, feels like a good year to imagine new possibilities. It feels like a good year to question the things that no longer serve us — including the mindset that we can take from the natural world without giving back, without any responsibility or reciprocity. Personally, I’m recognizing the privilege wrapped up in the fact that for generations my family benefitted from a dam built on stolen land. One thing I’ve learned is that I need to go back to go forward, getting to know my own roots a little better. This story may just be about one small dam on one small creek. One family’s story. But for me, firing up the yellow excavator to demolish my family’s dam and restore Cacoosing Creek is proof that it’s possible to put a little bit of the world back into balance. For me, it feels like coming full circle, a small but powerful revolution, turning toward something new, life-giving and free.

This story was originally published by The Revelator and is republished under a Creative Commons 3.0 license. Read the Original Story.

Amy Souers Kober is the Vice President of Communications for American Rivers. She lives in Portland, Oregon.