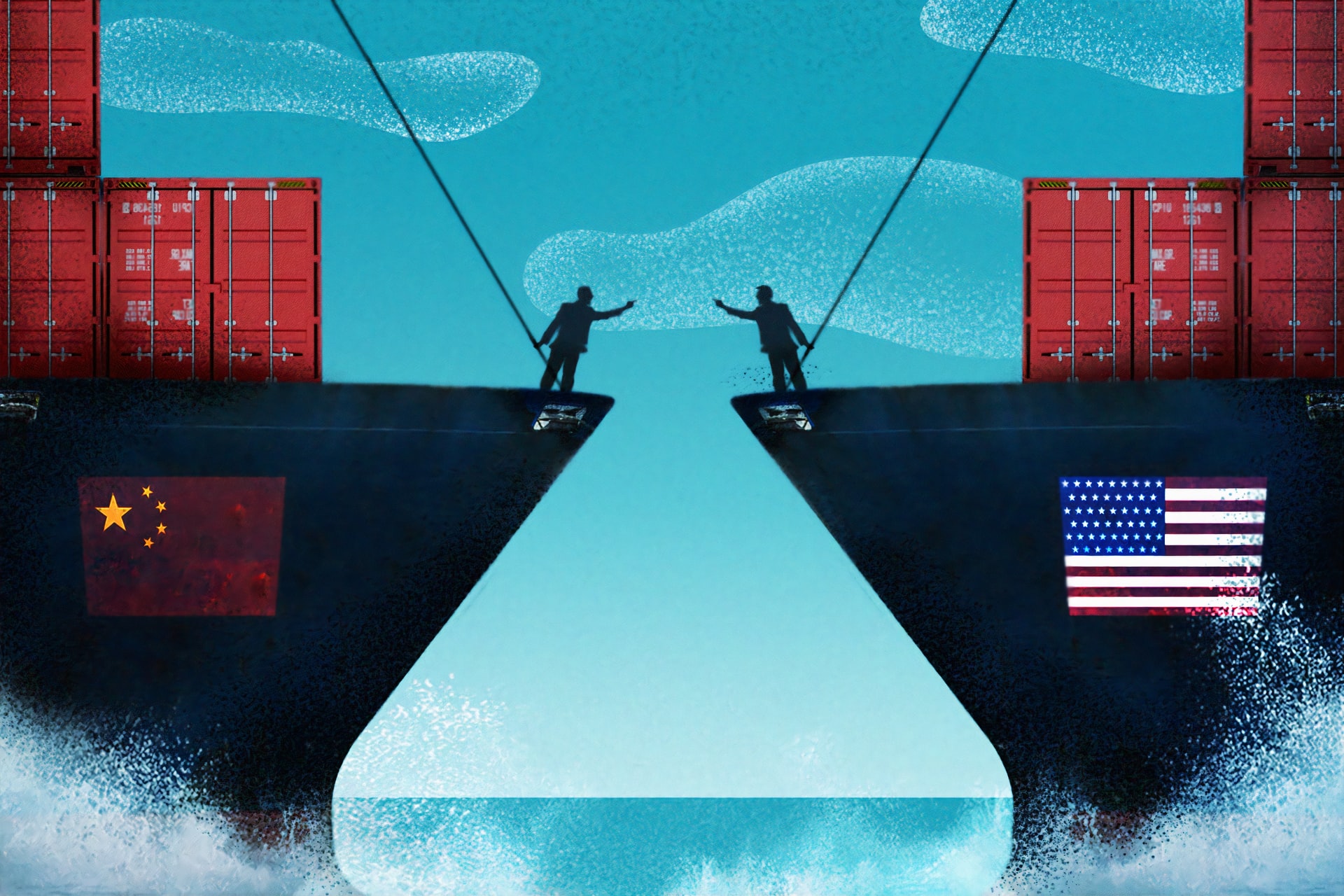 The ‘Great Game’ between China and the United States

From 1830 to 1895, the British and Russian empires schemed and plotted over control of Central and South Asia. At the heart of the “Great Game” was the United Kingdom’s certainty that the Russians had designs on India. So wars were fought, borders drawn, and generations of young met death in desolate passes and lonely outposts. In the end, it was all illusion. Russia never planned to challenge British rule in India and the bloody wars settled nothing, although the arbitrary borders and ethnic tensions stoked by colonialism’s strategy of divide and conquer live on today.  Thus China, India, Pakistan, Afghanistan, and Nepal battle over lines drawn long ago in London, while Beijing, Tokyo, and Seoul vie for tiny uninhabited islands, remnants of Imperial Japan. That history is important to keep in mind when one begins to unpack the rationales behind the increasingly dangerous standoff between China and the United States in the South China Sea.

To the Americans, China is a fast rising competitor that doesn’t play by the rules and threatens one of the most important trade routes on the globe in a region long dominated by Washington. U.S. Secretary of State Mike Pompeo has essentially called for regime change. According to Ryan Hass, former China director on the National Security Council, the Trump administration is trying to “reorient the U.S.-China relationship toward an all-encompassing systemic rivalry that cannot be reversed” by administrations that follow. In short, a cold war not unlike that between the U.S. and the Soviet Union.

To the Chinese, the last 200 years — and China’s leaders do tend to think in centuries, not decades — has been an anomaly in their long history. Once the richest country on the globe who introduced the world to everything from silk to gunpowder, 19th century China became a dumping ground for British opium, incapable of even controlling its own coastlines. China has never forgotten those years of humiliation or the damage colonialism helped inflict on its people. Those memories are an ingredient in the current crisis. But China is not the only country with memories. The U.S. has dominated the Pacific Ocean — sometimes called an “American lake” — since the end of World War II. Suddenly Americans have a competitor, although it is a rivalry that routinely gets overblown.

An example is conservative New York Times columnist Bret Stephens, who recently warned that China’s Navy has more ships than the U.S. Navy, ignoring the fact that most of China’s ships are small Coast Guard frigates and corvettes. China’s major strategic concern is the defense of its coasts, where several invasions landed in the 19th and 20th centuries. The Chinese strategy is “area denial”: keeping American aircraft carriers at arm’s length. To this end, Beijing has illegally seized numerous small islands and reefs in the South China Sea to create a barrier to the U.S. Navy.

In the World Bank’s Wake

But China’s major thrust is economic, through its massive Belt and Road Initiative (BRI), not military, and is currently targeting South Asia as an area for development. South Asia is enormously complex, comprising Afghanistan, Pakistan, India, Bangladesh, Bhutan, Tibet, the Maldives, and Sri Lanka. Its 1.6 billion people constitute almost a quarter of  the world’s population, but it only accounts for 2 percent of the global GDP and 1.3 percent of world trade. Those figures translate into a poverty level of 44 percent, just 2 percent higher than the world’s most impoverished region, sub-Saharan Africa. Close to 85 percent of South Asia’s population makes less than $2 a day. Much of this is a result of colonialism, which derailed local economies, suppressed manufacturing, and forced countries to adopt monocrop cultures focused on export. The globalization of capital in the 1980s accelerated the economic inequality that colonialism had bequeathed the region.

Development in South Asia has been beholden to the World Bank and the International Monetary Fund (IMF), which require borrowers to open their markets to western capital and reduce debts through severe austerity measures, throttling everything from health care to transportation. This economic strategy — sometimes called the “Washington Consensus” — generates “debt traps”: countries cut back on public spending, which depresses their economies and increases debt, which leads to yet more rounds of borrowing and austerity. The World Bank and the IMF have been particularly stingy about lending for infrastructure development, an essential part of building a modern economy. It is “the inadequacy and rigidness of the various western monetary institutions that have driven South Asia into the arms of China,” says economist Anthony Howell in the South Asia Journal.

The Belt and Road Initiative (BRI) takes a different tack. Through a combination of infrastructure development, trade and financial aid, countries in Asia, Africa, the Middle East, and Europe are linked into what is essentially a new “Silk Road.” Some 138 countries have signed up. Using a variety of institutions — the China Development Bank, the Silk Road Fund, the Export-Import Bank of China, and the Asian Infrastructure Investment Bank — Beijing has been building roads, rail systems, and ports throughout South Asia. For decades, western lenders have either ignored South Asia — with the exception of India — or put so many restrictions on development funds that the region has stagnated economically. The Chinese Initiative has the potential to reverse this, alarming the West and India, the only nation in the region not to join the BRI.

The European Union has also been resistant to the Initiative, although Italy has signed on. A number of Middle East countries have also joined the BRI and the China-Arab Cooperation Forum. Saudi Arabia, the United Arab Emirates, and Egypt have signed on to China’s Digital Silk Road, a network of navigation satellites that compete with America’s GPS, Russia’s GLONASS, and European Union’s Galileo. China also recently signed a $400 billion, 25-year trade and military partnership with Iran. Needless to say, Washington is hardly happy about China elbowing its way into a U.S.-dominated region that contains a significant portion of the world’s energy supplies. In a worldwide competition for markets and influence, China is demonstrating considerable strengths. That, of course, creates friction. The United States, and to a certain extent the EU, have launched a campaign to freeze China out of markets and restrict its access to advanced technology. The White House successfully lobbied Great Britain and Australia to bar the Chinese company Huawei from installing a 5G digital network, and is pressuring Israel and Brazil to do the same.

Not all of the current tensions are economic. The Trump administration needs a diversion from its massive failure to control the pandemic, and the Republican Party has made China bashing a centerpiece of its election strategy. There is even the possibility that the White House might pull off an “October surprise” and initiate some kind of military clash with China. It is unlikely that Trump wants a full-scale war, but an incident in the South China Sea might rally Americans behind the White House. The danger is real, especially since polls in China and the United States show there is growing hostility between both groups of people. But the tensions go beyond President Trump’s desperate need to be re-elected. China is re-asserting itself as a regional power and a force to be reckoned with worldwide. That the U.S. and its allies view that with enmity is hardly a surprise. Britain did its best to block the rise of Germany before World War I, and the U.S. did much the same with Japan in the lead up to the Pacific War.

Germany and Japan were great military powers with a willingness to use violence to get their way. China is not a great military power and is more interested in creating profits than empires. In any case, a war between nuclear-armed powers is almost unimaginable (which is not to say it can’t happen). China recently softened its language toward the U.S., stressing peaceful co-existence. “We should not let nationalism and  hotheadness somehow kidnap our foreign policy,” says Xu Quinduo of the state-run China Radio. “Tough rhetoric should not replace rational diplomacy.”

The new tone suggests that China has no enthusiasm for competing with the U.S. military, but would rather take the long view and let initiatives like the Belt and Road work for it. Unlike the Russians, the Chinese don’t want to see Trump re-elected and they clearly have decided not to give him any excuse to ratchet up the tensions as an election year ploy. China’s recent clash with India, and its bullying of countries in the South China Sea, including Vietnam, Malaysia, the Philippines, and Brunei, have isolated Beijing, and the Chinese leadership may be waking to the fact that they need allies, not adversaries. And patience.

This article was originally published by FPIF.

Conn Hallinan is a columnist for Foreign Policy In Focus.