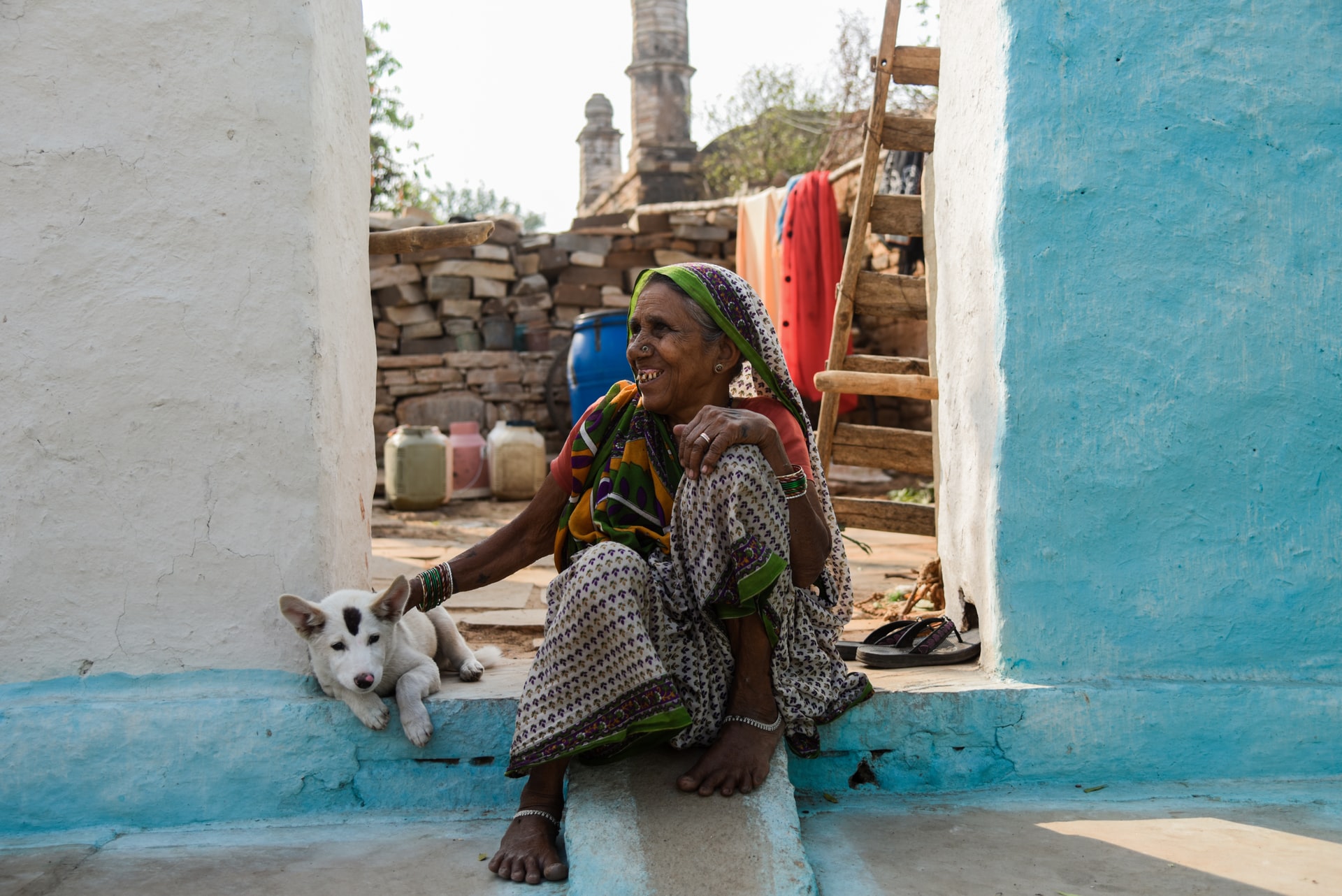 Prabin Kumar Pradhan, the Sarpanch of Daincha village Panchayat in Sambalpur district of the Indian state of Odisha, would daily backpack a sprinkler filled with the approved per centage of sodium hypochlorite solution to sanitize the temporary medical centres in his area set up for housing the returnee migrant workers while they spend the mandatory 14-day quarantine period during the COVID -19 pandemic. He would personally be present during the preparation of food and distribution to the inmates of the centre. Damayanti Kanhar, the lady Sarpanch of Bandhagada Panchayat in Kandhamal district meanwhile led her team in an awareness-raising campaign on sanitizing, hand washing, social distancing and using masks, by making door to door visit and interacting with the villagers. The village Panchayat is the lowest in the three tier Panchayati Raj institutions (PRIs) in India. There are several such instances in the state where the Sarpanches, the elected heads of the Village Panchayat (Consisting of about 8-10 villages) and his/her team have exhibited un-paralleled zeal and determination in ensuring the smooth discharge of several duties at the grassroots level as part of their Covid-management.

The sudden imposition of the nationwide lockdown in India on March 25 owing to the spread of Coronavirus came as a major shock for the people. While it was necessary for the country to go for a shutdown at this juncture, the preparedness at the government level was inadequate. The lockdown meant an immediate end to almost all social, cultural and economic activities; people were expected to stay indoor, shops were shut down, transport frozen and so on. As the economic activities were bolted down, people in the lower economic rungs of society was imminent lost their incomes. Such people could hardly afford to have savings. The migrant workers working in the informal sectors rushed home by foot upon losing their jobs in the cities owing to the lockdown, the poor people in the rural areas, the old and vulnerable faced the imminent threat of hunger. There was tremendous pressure on provincial governments to enforce the lockdown on one hand and to support the poor people with rations and basic necessities on the other. Over and above that came the challenge of migrant management.

The state of Odisha is in the eastern part of the country housing 42 million people as per the 2011 census, of which 22 per cent are tribals and 16.5 per cent are Dalits (Scheduled Caste) who are the communities traditionally neglected. The official poverty level of the state stood at 33 per cent in 2019. Odisha has 6798 Village Panchayats. While the Panchayat system of governance is age old in India and eventually adopted by the Indian Constitution, the real power remained with the state and the central governments till 1992, when the 73rd amendment of the Constitution paved the way for their empowerment by devolving 21 subject areas to it. In reality things continue to be sluggish in terms of power decentralisation. But the COVID era has been something different. Most of the functions were to be executed at the village or Panchayat level, which was impossible for the state bureaucracy to handle without the active involvement of the Panchayat institutions, more so when the fear of COVID-19 spread was so real.

The right approach was therefore to empower the Panchayats to take responsibility. Some states including Odisha realised this immediately and asked their local elected bodies to take charge. The state of Kerala also adopted a community-based approach with the Panchayats and the urban local bodies firmly at the helm of affairs.

The Chief Minister of Odisha, Naveen Patnaik made an unprecedented announcement on April 19 delegating the power of a District Collector to the Sarpanches in their jurisdictions. It may be worth mentioning that in the Indian administrative system, the District Magistrate-cum-Collector is considered a highly powerful functionary, often compared to the French prefect. Such a statement by the Chief Minister was motivating in itself for the empowered Sarpanch, who are otherwise humble elected heads. The order gave full power to the Sarpanches regarding Covid-management in his or her Village Panchayat, and local level functionaries such as the Anganwadi workers and the ASHA (Accredited Social Health Activist) and teachers under this new dispensation also constituted part of the Village Panchayats.

Jyostna Rani Majhi, a lady Sarpanch from Malkanagiri, a tribal-dominated and backward district of the state said, “It was a proud moment for me when the Honourable Chief Minister delegated the Collector’s powers to me as a Sarpanch for which I am able to effectively deal with the situation arising out of COVID-19 pandemic in my Village Panchayat.” Immediately after the lockdown, Prime Minister Garib Kalyan Yojana for the state government announced doorstep delivery of three months of free rice and pulses in advance, as well as and regular subsidised rice under the public distribution system from April to May and a special one-time assistance of INR 1000 ($13 approx.) to each ration cardholder. Barring sporadic complaints, the distribution was rendered smooth by the active involvement and leadership of the Sarpanches and their ward members. The state also gave four months of advance pensions to old people, widows and persons with disability. The wisdom of the state government in giving cash straight into the hands of people instead of a bank transfer was much appreciated, as it was almost impossible for the people to go to banks to withdraw money during the lockdown. For example, for a tribal person living in a forest area, withdrawing money from the bank or an ATM would mean walking more than twenty kilometres up and down! Community kitchens were started up in every Panchayat to feed the old, persons with a disability and destitutes. The Village Panchayats managed these with every sign of diligence.

Return of the Odia migrants

The huge influx of the migrant workers who were working in other states in informal sectors, took place once the railways started running Shramik expresses in the first week of May. About 600,000 Odia migrants registered in an online process expressing their willingness to return home. This posed a huge challenge about how to manage their affairs for the administration. The migrant workers were met from these trains in stations and buses near the state boarders by the district administration and then sent to the respective Panchayats after completing necessary formalities. The Sarpanches received such migrants and directed them to quarantine centres, providing them with the necessary facilities of food, water, television etc. For each village Panchayat, the state government allocated INR 500,000 ($6666) to set up and manage the quarantine centres. Use of masks was mandatory as also was maintaining social distance. Innovative practices were adopted in several Panchayats providing for physical exercise and Yoga in the morning, story telling, gardening, cleaning the campus and plantation etc by the inhabitants. Many Sarpanches established an emotional rapport with the migrants by hearing about their ordeal in the cities during the lockdown. The migrant workers who completed the mandatory quarantine period were given an incentive of INR 2000 ($27 approx.)). By the end of July, more than 500,000 such migrant workers have been given their incentives.

In Palasagora and other village Panchayats within Boudh district, initiatives were taken to provide work for villagers under the flagship Mahatma Gandhi Rural Employment Scheme (MGNREGS) and wages are duly being paid promptly to enable people to meet their regular expenses during the lockdown and in the period of unlocking as well. Many returnee migrants also joined in after their quarantine period was over. The women self-help group (SHG) members are being provided with funding by the Panchayats to engage in livelihood activities to support their families. In Bisipada Village Panchayat in Kandhamal district, Sarpanch Ms Manasi Mallik lined up the farmers and the women SHG members together enabling them to improve sales of the farmers’ produce to the villagers through these SHGs, thus preserving the income of the small farmers.

All these examples have proved the efficacy of local governments in Odisha, dispelling the scepticism that the PRI members – who generally have a low educational level – cannot be good managers and executives. This initiative of the state government will go a long way in empowering the PRIs. But the state now has to take urgent steps to truly empower them by delegating ongoing financial powers to them and allocating dedicated human resources.

This story was originally published by openDemocrary and is republished under a Creative Commons Attribution-NonCommercial 4.0 International licence. Read the Original Story.

Pradeep Baisakh is a senior journalist based in New Delhi.