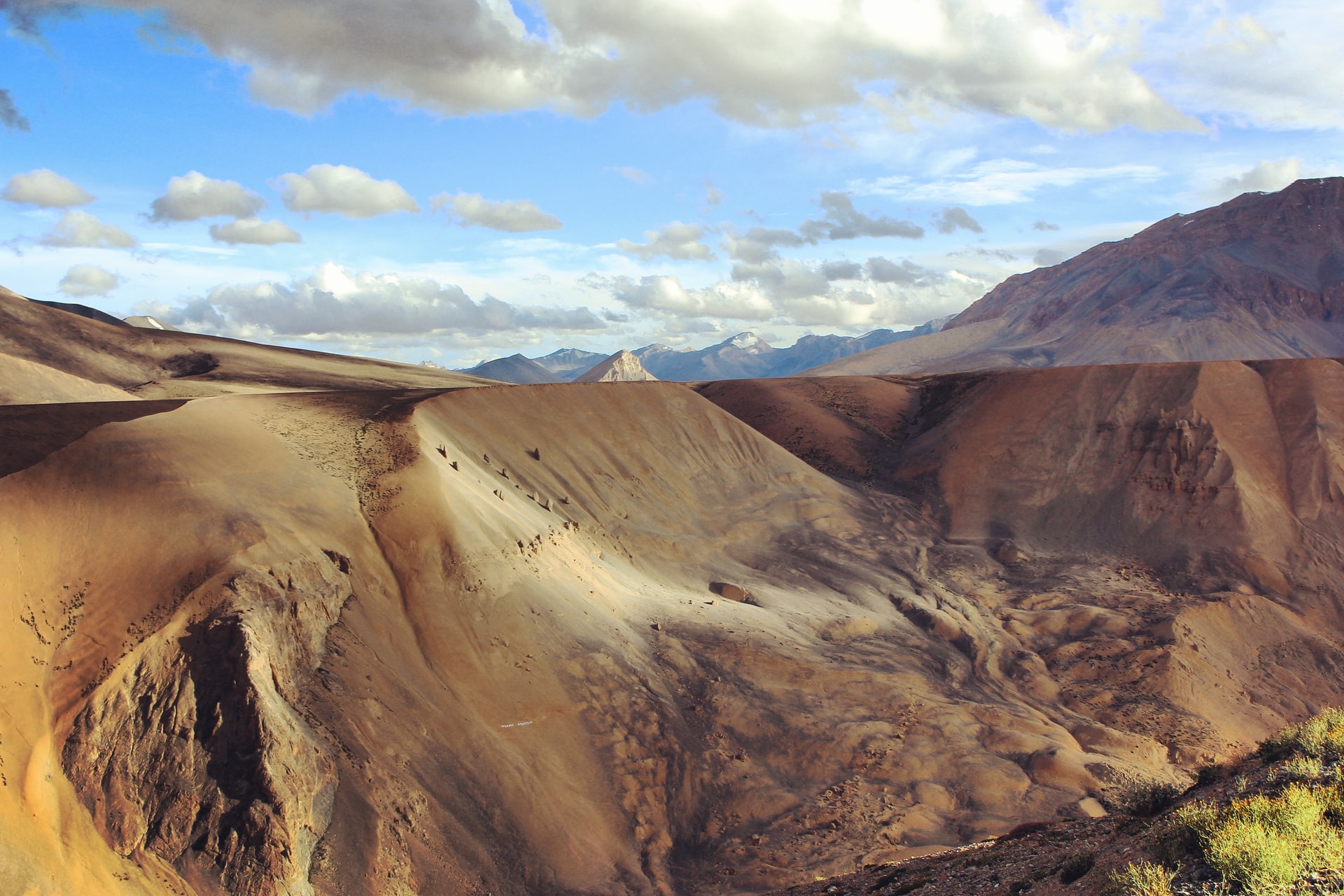 India and China: Behind the Conflict

Chinese and Indian forces have pulled back from their confrontation in the Himalayas, but the tensions that set off the deadly encounter this past June—the first on the China/India border since 1975—are not going away. Indeed, a poisonous combination of local disputes, regional antagonisms, and colonial history could pose a serious danger to peace in South Asia. In part, the problem is Britain’s colonial legacy. The “border” in dispute is an arbitrary line drawn across terrain that doesn’t lend itself to clear boundaries. The architect, Henry McMahon, drew it to maximize British control of a region that was in play during the nineteenth-century “Great Game” between England and Russia for control of Central Asia. Local concerns were irrelevant.

The treaty was signed between Tibet and Britain in 1914. Although India accepts the 550-mile McMahon Line as the border between Indian and China, the Chinese have never recognized the boundary. Mortimer Durand, Britain’s lead colonial officer in India, drew a similar “border” in 1893 between Pakistan (then India’s “Northern Territories”) and Afghanistan that Kabul has never accepted, and which is still the source of friction between the two countries. Colonialism may be gone, but its effects still linger. Although the target for the McMahon Line was Russia, it has always been a sore spot for China, not only because Beijing’s protests were ignored, but also because the Chinese saw it as a potential security risk for its western provinces.

England had already humiliated China in the two Opium Wars as well as by seizing Shanghai and Hong Kong. If it could lop off Tibet—which China sees as part of its empire—so might another country: Like India. Indeed, when Indian Prime Minister Narendra Modi unilaterally revoked Article 370 of the Indian Constitution and absorbed Kashmir and Jammu in 2019, the Chinese saw the grab as a threat to the security of Tibet and its restive western province of Xinjiang. The area in which the recent fighting took place, the Galwan Valley, is close to a road linking Tibet with Xinjiang.

The nearby Aksai Chin, which China seized from India in the 1962 border war, not only controls the Tibet-Xinjiang highway, but also the area through which China is building an oil pipeline. The Chinese see the pipeline—which will go from the Pakistani port of Gwadar to Kashgar in Xinjiang—as a way to bypass key choke points in the Indian Ocean controlled by the U.S. Navy.

The $62 billion project is part of the China Pakistan Economic Corridor, a piece of the huge Belt and Road Initiative to build infrastructure and increase trade between South Asia, Central Asia, the Middle East, Europe, and China. China moves 80 percent of its oil by sea and is increasingly nervous about a budding naval alliance between the United States and Beijing’s regional rivals, India and Japan. In the yearly Malabar exercises, the three powers war-game closing the Malacca Straits through which virtually all of China’s oil passes. The Pakistan-China pipeline oil will be more expensive than tanker supplied oil—one estimate is five times more—but it will be secure from the United States.

In 2019, however, India’s Home Minister Amit Shah pledged to take back Aksai Chin from China, thus exposing the pipeline to potential Indian interdiction. From China’s point of view the bleak landscape of rock, ice, and very little oxygen is central to its strategy of securing access to energy supplies.

The region is also part of what is called the world’s “third pole,” the vast snowfields and glaciers that supply the water for 11 countries in the region, including India and China. Together, these two countries make up a third of the world’s population but have access to only 10 percent of the globe’s water supplies. By 2030, half of India’s population—700 million people—will lack adequate drinking water. The “pole” is the source of 10 major rivers, most of them fed by the more than 14,000 thousand glaciers that dot the Himalayas and Hindu Kush. By 2100, two-thirds of those glaciers will be gone, the victims of climate change. China largely controls the “pole.” It may be stony and cold, but it is lifeblood to 11 countries in the region.

The recent standoff has a history. In 2017, Indian and Chinese troops faced-off in Doklam—Dongland to China—the area where Tibet, Bhutan, and Sikkim come together. There were fist fights and lots of pushing and shoving, but casualties consisted of black eyes and bloody noses. But the 73-day confrontation apparently shocked the Chinese. “For China, the Doklam stand-off raised fundamental questions regarding the nature of India’s threat,” says Yun Sun, a senior fellow at the Stimson Center in Washington.

Doklam happened just as relations with the Trump administration were headed south, although tensions between Washington and Beijing date back to the 1998-99 Taiwan crisis. President Bill Clinton sent two aircraft carrier battle groups to the area, one of which traversed the Taiwan Straits between the island and the mainland. The incident humiliated China, which re-tooled its military and built up its navy in the aftermath.

In 2003, President George W. Bush wooed India to join Japan, South Korea, and Australia in a regional alliance aimed at “containing” China. The initiative was only partly successful, but it alarmed China. Beijing saw the Obama administration’s “Asia pivot” and the current tensions with the Trump administration as part of the same strategy. If ones adds to this U.S. anti-missile systems in South Korea, the deployment of 1,500 Marines to Australia, and the buildup of American bases in Guam and Wake, it is easy to see why the Chinese would conclude that Washington had it out for them.

China has responded aggressively, seizing and fortifying disputed islands and reefs, and claiming virtually all of the South China Sea as home waters. It has rammed and sunk Vietnamese fishing vessels, bullied Malaysian oil rigs, and routinely violated Taiwan’s airspace. China has also strengthened relations with neighbors that India formally dominated, including Sri Lanka, Bangladesh, Nepal, and the Maldives, initiatives which India resents. In short, there are some delicate diplomatic issues in the region, ones whose solutions are ill-served by military posturing or arms races.

The dust-up in the Galwan Valley was partly an extension of China’s growing assertiveness in Asia. But the Modi government has also been extremely provocative, particularly in its illegal seizure of Kashmir and Jammu. In the Galwan incident, the Indians were building an airfield and a bridge near the Chinese border that would have allowed Indian armor and modern aircraft to potentially threaten Chinese forces.

There is a current in the Indian military that would like to erase the drubbing India took in its 1962 border war. The thinking is that the current Indian military is far stronger and better armed than it was 58 years ago, and it has more experience than the Chinese People’s Liberation Army. The last time the Chinese army went to war was its ill-fated invasion of Vietnam in 1979. But that is dangerous thinking. India’s “experience” consists mainly of terrorizing Kashmiri civilians and an occasional firefight with lightly armed insurgents. In 1962, India’s and China’s economies were similar in size. Today, China’s economy is five times larger and its military budget four times greater.

China is clearly concerned that it might face a two-front war: India to its south, the United States and its allies to the west. That is not a comfortable position, and one that presents dangers to the entire region. Pushing a nuclear-armed country into a corner is never a good idea. The Chinese need to accept some of the blame for the current tensions. Beijing has bullied smaller countries in the region and refused to accept the World Court’s ruling on its illegal occupation of a Philippine reef. Its heavy-handed approach to Hong Kong and Taiwan, and its oppressive treatment of its Uighur Muslim minority in Xinjiang, is winning it no friends, regionally and internationally.

There is no evidence that the United States, India, and China want a war, one whose effect on the international economy would make COVID-19 look like a mild head cold. But since all three powers are nuclear armed, there is always the possibility—even if remote—of things getting out of hand. In reality, all three countries desperately need one another if the world is to confront the existential dangers of climate change, nuclear war, and pandemics. It is a time for diplomacy and cooperation, not confrontation.

This article was originally published by FPIF.

Conn M. Hallinan is a columnist for Foreign Policy In Focus, “A Think Tank Without Walls", and an independent journalist. He holds a PhD in Anthropology from the University of California, Berkeley. He oversaw the journalism program at the University of California at Santa Cruz for 23 years, and won the UCSC Alumni Association’s Distinguished Teaching Award, as well as UCSC’s Innovations in Teaching Award, and Excellence in Teaching Award. He was also a college provost at UCSC, and retired in 2004. He is a winner of a Project Censored “Real News Award,” and lives in Berkeley, California.