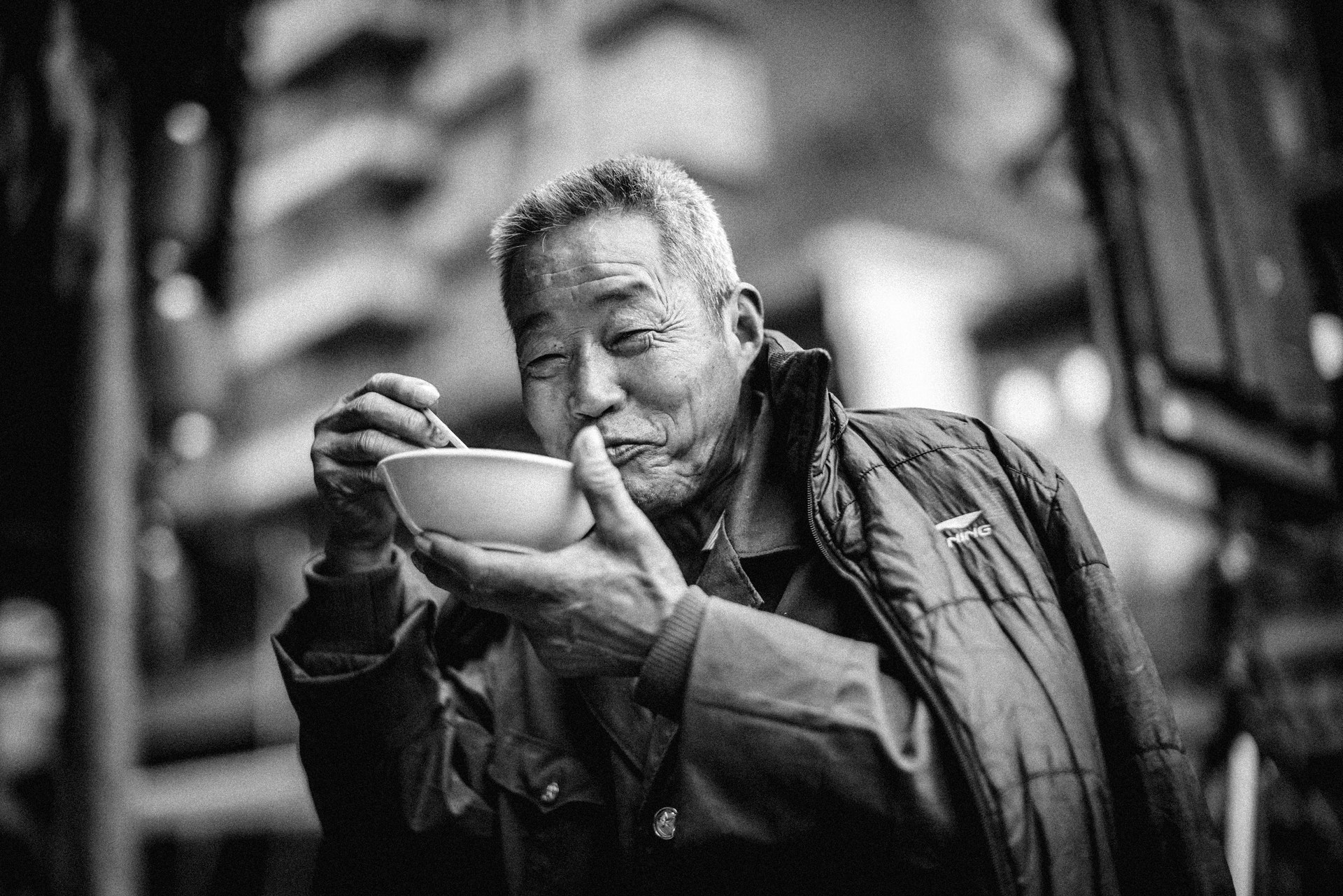 My dad was an unhappy man. He used to complain about the slightest thing being out of place – a pen, the honeypot, his special knife with the fattened grip. By the time his health really started failing, his arthritis so bad he could no longer get out of bed, his condition became all he complained about. ‘Dorian,’ he said, one morning over breakfast, the grapefruit cut up indeed with his special knife, ‘I hate myself.’ He was 86 years old and, I felt, nearing the end of life, so I took it upon myself to help him die as well as he could, a kind of Ars moriendi for the old man. ‘But Dad,’ I said, for the first time in our 32-year relationship. ‘I love you.’ When that didn’t help, I sent him some Montaigne.

Michel Eyquem de Montaigne (1533-92) lived a good, long life for a man in early modern France. By all accounts, it was a happy one, at least if his Essais (1570-92) – rangy discourses on varied subjects from thumbs to cannibals to the nature of ‘experience’ itself – are anything to go by. His writings, autobiographical in nature but highly argumentative, have survived him as somewhat radical (for the time) self-experiments. ‘Thus, reader, I am myself the matter of my book,’ he opens, with a letter of warning about the 1,000-plus pages that follow: ‘you would be unreasonable to spend your leisure on so frivolous and vain a subject.’ Since I took my dad to be also involved in so vain and frivolous a subject – namely, himself (right down to the urinary tract diagrams he drew for me on paper napkins at the dinner table) – I figured they’d have a lot in common.

The passage I chose to hand him, from the essay ‘Of Solitude’, concerned Montaigne’s secret to happiness. It says, simply: these are the things we normally think will bring happiness; they’re wrong, here’s mine. ‘We should have wife, children, goods, and above all health, if we can,’ he writes; ‘but we must not bind ourselves to them so strongly that our happiness depends on them.’ In what’s become something of a trademark for his life philosophy he adds: ‘We must reserve a back shop all our own.’ A back shop – or in the original French, arriere-boutique. Of course, this is metaphor. Of course, my dad took it literally.

What is there left for us to learn from Montaigne on the subject of happiness? For one, that ‘back shop’ doesn’t mean the room behind your place of work. Increasingly confined to his bed, in the crummy 17th-floor apartment that doubled as his home office, my dad read these lines with an eyebrow raised. Granted, Montaigne himself penned them from a castle-tower eyrie, overlooking the vast estate of his château. He didn’t mean for us to take refuge there – this privileged perch was just where he did his writing (as I do mine now in the storage unit behind my house, a heavy wooden partition setting me off from the boxes and mess). No, the physical ‘back shop’ is just a writer’s den, and this misunderstanding has caused critics to huff about Montaigne’s solipsism, as if what he really said was: Go be alone and make great art. This does not lead to happiness, I assure you.

When my dad emailed back, misreading Montaigne in just this way, he nonetheless conceded that the passage I’d sent him was ‘thoughtful’. But not, he added ‘surprising’, as ‘Many writers nowadays speak of personal space, meditation, being alone at times, and so on.’ He went on to say how there was a difference between voluntary and involuntary solitude. ‘Many of us, as we age, become too much involved in that space.’ It’s not just the confinement but the loss of all able-bodied experience that they’re missing out on, and my dad (as ever) listed them: going to the market, dancing, seeing family and friends – precisely the things that Montaigne cautioned his readers not to count on for happiness.

In her book How to Live: Or a Life of Montaigne in One Question and Twenty Attempts at an Answer (2010), Sarah Bakewell acknowledges the temptation to read Montaigne as an advocate for a type of isolation (chosen or not), but she qualifies this, saying: ‘He is not writing about a selfish, introverted withdrawal from family life, so much as about the need to protect yourself from the pain that would come if you lost that family.’ It was after the death of his closest friend and confidante, Étienne de La Boétie, and then later of his father, that Montaigne retired to his private library. In Donald Frame’s translation, this period is marked by Montaigne’s fall ‘into a melancholic depression, to combat which he begins to write the first of his Essays’. The contemporary US writer and essayist Phillip Lopate ventures that, for Montaigne, ‘the reader took the place of La Boétie’. But how, exactly, did Montaigne’s attempts (the literal translation of essai) assuage grief?

Certainly, an unnamed interlocutor haunts the text, the kind we usually chalk up to self-talk. Talking to people who won’t talk back (or who can’t because they’re no longer with us) is a form of conversational intimacy we might read as an extension of Montaigne’s general affability. In life, Montaigne was known about town as a raconteur with an open-door policy for guests. Even Bakewell, who sums up his back shop as a form of ‘Stoic detachment’, notes that in another lasting dictum Montaigne cried: ‘Be convivial: live with others.’ If Montaigne’s back shop is meant to mend a broken heart, then it is not by avoiding future pain, but by coming into a different relation with it.

Montaigne was well aware that the promise of getting away from it all was a fool’s errand since, wherever you go, you take yourself with you: ‘It is not enough to have gotten away from the crowd,’ he writes, since ‘we must get away from the gregarious instincts that are inside us.’ Instead, to quote Albius Tibullus, one of the Latin poets he grew up with, ‘be to thyself a throng’. This is where I hoped my dad might take note: shut in with no one but himself for company, there might still be a chance for great companionship. ‘We have a soul that can be turned upon itself,’ writes Montaigne, ‘it has the means to attack and the means to defend, the means to receive and the means to give.’ Sadly, my dad didn’t see his own soul this way and, after falling into a depression of his own, he took his own life.

I wonder now if Montaigne’s back shop was less the writer’s saving grace, lifting him from the depths of despair, but not the act of writing from within it? ‘Here our ordinary conversation must be between us and ourselves,’ he writes – and I take it he means that the quality of the inner dialogue will determine the quality of the life.

Montaigne’s mental chatter had a buoyancy to it, as he bounced from one subject to the next, going with the current. What I couldn’t convey to my dad, evidently, was this lightness of attention, distilled in that most famous of Montaignisms: ‘Que sais-je?’ (What do I know?) In his celebratory portrait of Montaigne, Ralph Waldo Emerson in 1837 comments that: ‘His writing has no enthusiasms, no aspiration; contented, self-respecting, and keeping the middle of the road.’ Not taking life quite so seriously – the pursuit of happiness notwithstanding – might then be Montaigne’s key to dying well. After all, there might be no surer inner peace in one’s final days than not needing it so badly.

This Article is written by Dorian Rolston and was originally published at Aeon and has been republished under Creative Commons.

Dorian Rolston is a writer whose work has appeared in The New Yorker, The Paris Review and The Atlantic, among others. He lives in Tucson, Arizona.