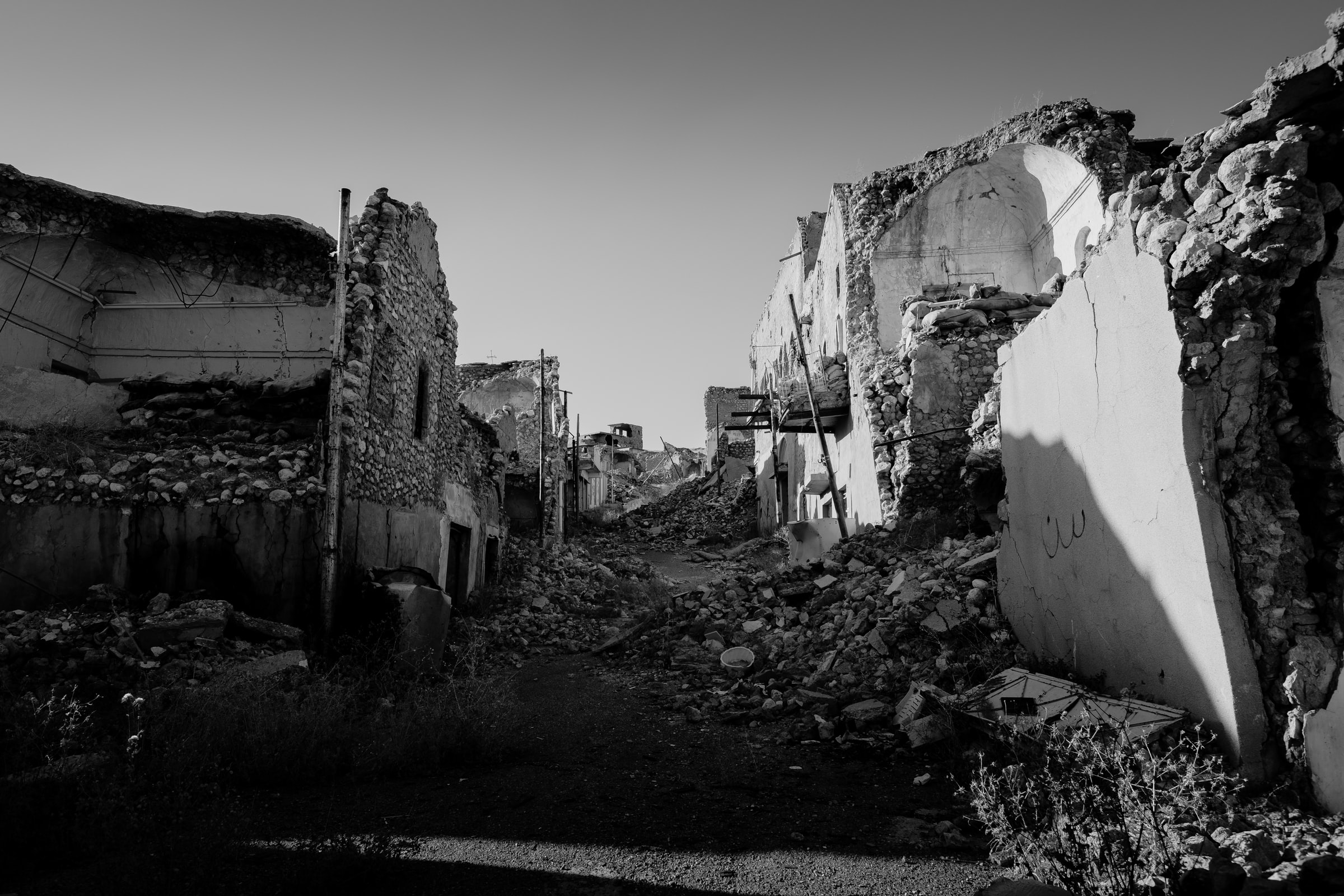 Terrorism : A Threat To Human Right

The concept of Human Right has evolved and been used as an instrument of revolt against the oppression of authoritarian regimes in modern times. Modern thinking distinguishes between three generations of rights; first, broadly political: second, economic and social; third the right of people. The concept of Human Right is an integral and necessary component of a democracy. This concept is evolved from the doctrine of Natural Right which itself preceded the rise of liberal democracy. “Right of Man” became the slogan of the revolutionaries who worked out the minimum rights to be demanded by all citizen by the very fact of their being human from the governments that ruled them. However, during the period before the first world war, such attempts remained unorganised. It was only after 10th December 1948, at the Paris meeting that the General Assembly proclaimed the Universal Declaration of Human Rights. The universal declaration of Human Right is the first international document to codify the principles upon which the essential dignity of a human being is based. Many of the provision of the declaration have been incorporated into the constitution of the states of Asia and Africa which became independent during the post-second world war period. The declaration inspired several International conventions concluded under the auspices of the United Nations and its specialised agencies. Terrorism remains a complex phenomenon in which violence is used to obtain power and redress political, social and economic grievances. The treats and challenges of International terrorism have gradually become more daunting with the increasing availability of sophisticated weapons and new technologies to the terrorist groups. Possibility of acquisition of the sophisticated weapons by terrorist groups has gradually increased the threat and this poses the most serious security challenge to the entire international community. International events in the late 1980s and 90s, including the fall of Berlin Wall, the Gulf war, dissolution of the Warsaw Treaty, organisation and disintegration of central and eastern Europe, created the right atmosphere for international terrorism. Since the terrorist attack on the Parliament of India on 13th December 2001 in which our security forces fought bravely and killed all the terrorists, there have been several terrorist attacks on Delhi, Mumbai, Varanasi, Pune and other major towns of India. Terrorism made its ugly appearance in the political dispute between Palestine and Israel. The massacre of sportsmen in the Munich Olympic village shook the world. Incidents of the indiscriminate killing took place in Ireland, Afghanistan, Burma. In the Indian subcontinent, terrorism in its worst form was witnessed in Sri Lanka, causing loss of innumerable lives and properties. In the recent attacks of 13 November 2015, a series of coordinated terrorist attacks occurred in Paris, shocking the entire world. Many incidents of sexual assault and robberies have taken place on the eve of New Year celebration, possible by Islamic terrorist groups. The New Year eve incidents may be the first terrorist rape bombing of Europe. Tom Whitehead reported about the setting up of terrorist training camps in Europe by the Islamic state. He warned that the terror group ISIS has set up secret training camps across Europe to prepare fighters to carry out special forces style attacks in the UK and other EU countries. Apart from bases in Syria, the barbaric organisation has smaller-scale training camps in EU and Balkan countries. He reported that the Paris attack on 13th November 2015, indicates a shift towards a clear international dimension of the Islamic State to carry out special forces style attacks in the international environment.

Operational Mechanism of Terrorists
Terrorists operate at an international level, no longer restricting to a particular region or country. The terrorist groups receive vast economic and military support from governments, NGOs and individuals overseas. In recent times, terrorism has taken a new form, their network has become widespread, making them capable of saving themselves from the clutches of the law of a country. Modern means of communication such as mobile telephones, fax instruments, satellite telephones, fast internet and the commercialisation of cryptography have provided terrorists with operational flexibility. Now they have new targets, which include large aircraft, supertankers, international power grids and pipelines, commercial and communication centres. An important phenomenon in the recent times is the private sponsorship of terrorist groups by rich individuals and private organisations to achieve their agenda, and some of the states using such organisations to help terrorist activities in other states, without getting directly involved. Kashmiri militants obtain financial support from dozens of Islamic charities and radical Islamic organisations that channel funds to terrorist groups. Pakistan based AL-Rasheed trust run by Maulana Masood Azhar and Markaz-UL-Dawa-Ishad the ‘Parent outfit’ of Lashkar-e-Toiba is a case of point. Most of the terrorism is neither left nor right but triggered by ethnic or religious contradictions. Terrorist activities are an expression of anger over perceived injustices to the minority religious and ethnic communities by the majority community. All the religion-based terrorist groups have not only been the most violent and destructive but also the most organised, well-armed, thoroughly trained, technologically equipped and deeply committed to their cause. There is strong networking among various Islamic extremists and terrorist groups. A common feature of all terrorist organisations is hatred for western democracy and capitalism. The hatred is especially acute towards the United States. Terrorism is very anti-thesis of democracy and Human Rights and, yet democracy and human rights provide the most congenial environment for terrorist operations. In a democracy rights and freedom extend to all without discrimination, and the terrorists are no exception to the guarantee of equality before the law and equal protection of the law. The most lethal attack on Human Rights in recent year have been made by religious fundamentalists and militant groups in pursuit of their goals and aspirations. Hijacking, ambushing security forces, destroying buildings and habitations by placing remote-controlled explosives are their standard techniques. Fundamentalist such as the Taliban in Afghanistan till 2000, Iran under AL- Khomeini, Saudi Arabia and the recent ISIS, a Jihadist militant group in Iraq and Syria, have their code of rights and law, most of which conflict with the provisions of the Universal Declaration of Human Rights. The most offending part of this anti-thesis is the one concerning gender inequality and women’s rights relating to marriage, divorce, succession, education, employment and participation in public political activities and personal freedom. Woman in nearly all cultures are limited to the private sphere and subjected to arbitrary and capricious power of the male head of the household. A dictatorship, an authoritarian or a totalitarian regime begin with the suppression of human rights. A fundamentalist regime denies freedom and equality, advocates orthodoxy and religion dogmas and demands unquestionable obedience to them making a frontal assault on human right. Hence terrorism has emerged in recent year as the greatest menace to Human Rights. Terrorists want to attain their goals even at the cost of human life and property and make no secret that they have no concerns for human rights

Combating Terrorism & Safeguarding Human Rights
For complete and total eradication of terrorism, it must be fought out with all might and determination and by mobilising all people and resources. It must be fought on several fronts with different tools, postures and strategies. Paradoxically the best long term deterrent to terrorism lies in spread and respect for human right. International organisations such as the United Nations are making efforts to counter the terrorists. The preamble of the UN charter raises international concern for human rights to a new level of significance. It declares that one of the organisation’s purpose is “to reaffirm faith in fundamental human right, in the dignity and worth of the human person, in the equal rights of men and women and nations large and small”. The Universal declaration sets a direction for all the later agreements in the field of human right. Despite the difference in outlook by member states, the United Nations has negotiated and adopted a long list of convention and declarations that have sought to extend and clarify the meaning of human right. Member states have had 13 international conventions on different aspects of terrorism the United Nations General Assembly on September 8th 2006 adopted Global counter-terrorism strategy. This was the first time that all the member states have agreed to a common strategic approach to fight terrorism, sending a clear message that terrorism is unacceptable in all its forms and manifestations. The strategy forms a basis for a concrete plan of action, which addresses the conditions conducive to the spread of terrorism, to prevent and combat terrorism, to take measures to build state’s capacity to fight terrorism, to strengthen the role of the united nations in combating terrorism and to ensure the respect of human rights. United nations even formed a Counter-Terrorism Implementation Task Force(CTITF). The leaders at the national level plagued by transnational terrorism responded individually and collectively to combat it. Individual states should undertake a range of activities including the passage of anti-terrorism laws, preventive measures such as security precautions at airports, and the creation of military and paramilitary counter-terrorism. Trans-governmental networks offer a means by which states can grasp the nettle of global counterterrorism cooperation. So, sustained international cooperation is necessary to effectively confront transnational terrorist groups. without sustained multilateral cooperation to collect intelligence, capture terrorists, disrupt funding, and wage military actions, counterterrorism efforts will take longer and be less effective. There is a need at National level, of a high-level anti-terrorism squad which should have its branch in every state. Intelligence system of any Nation requires a proper overhauling. Recently French government is introducing a nationality stripping proposal and a separate police bill which would grant the security forces extra power such as the right to use firearms in situations other than self-defence, to combat the terrorist. Fighting with terrorism should not only be the duty of government and the role of civilian, and civil society is equally significant.

In modern times the insistence on Human Rights observance is employed as an instrument of foreign policy to serve national interests and certainly not for any love or respect for human being or human rights. This kind of approach of western powers should be checked by Human Rights watch groups and the International community. Officials inside the UN feels that democracies should be pushing for a massive structural overhaul or create an alternative body with real standards for membership. The Human Right Council has continually undermined its credibility by ignoring human rights abuses in Cuba, China, Russia, Saudi Arabia, Venezuela and many other countries. A thought that democracies should begin exploring an option to create an alternative, effective human rights body outside the U.N. system is widely discussed. Such a measure will drive the powerful western democracies to shed their duplicity, hypocrisy and selectivity, and adopt a just, fair and transparent approach while dealing with terrorism and ensure human rights to all. Terrorism cannot be eliminated by the due process of law and it’ll be necessary to withdraw from the terrorist the protection of the Judicial process and civil rights to tackle it. In the Medieval Age, better known as the Dark age, religion was placed higher than the law or the state. Now almost all fundamental organisations are trying to do the same in the name of religion or region. These terrorist groups are challenging the sovereignty of a state and the International Law. It should be the prime focus of the International community through a coordinated effort to work on a system to counter the terrorists. We have to evolve a sound and multifaceted strategy which includes legal conventions, cooperation between states and their law enforcement agencies by sharing of information and intelligence, and development and implementation of a mechanism to suppress financial support to the terrorists. Religion & Religious institution needs to be checked by the government. A strong message should be given to terrorist outfits through governments and civil societies that they are not above the law.