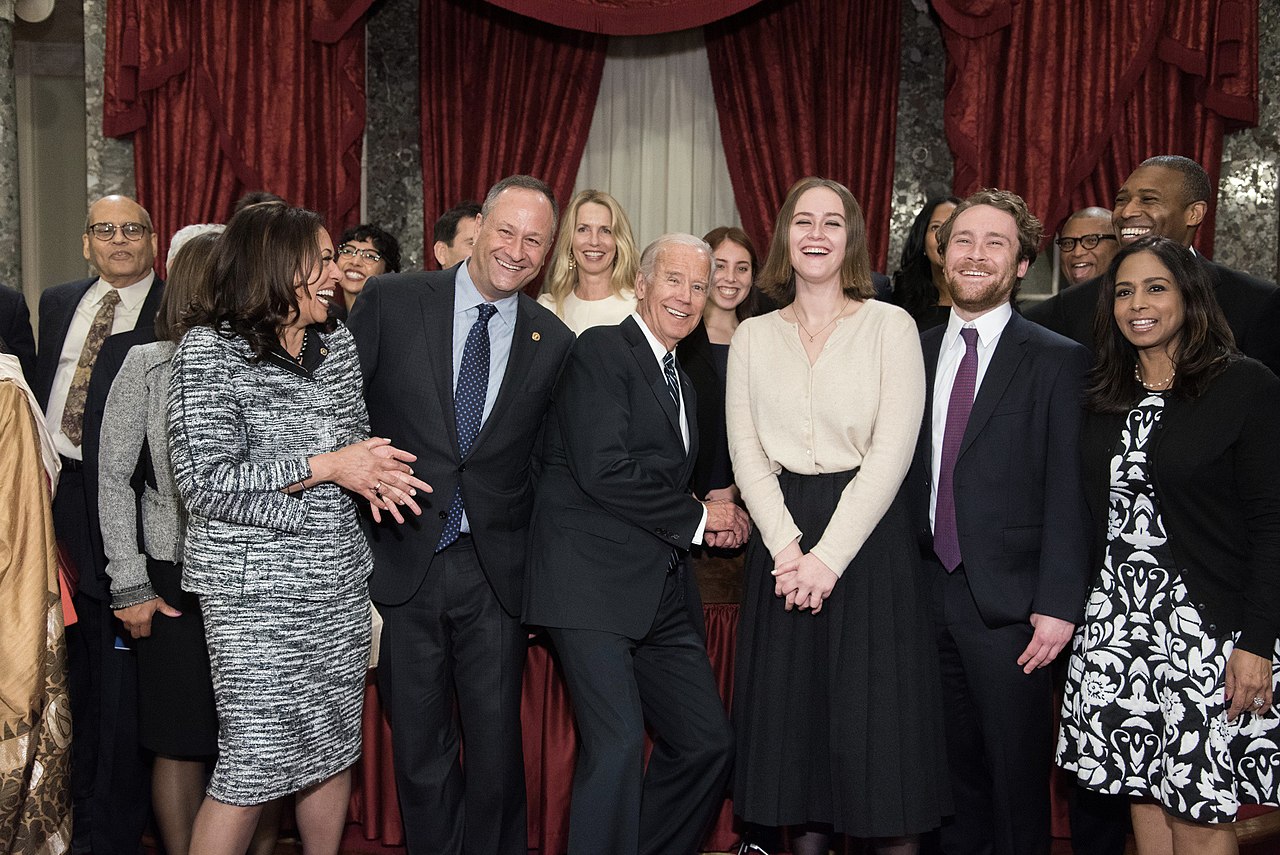 US Election: A Beginning to the Fall of Autocrats

Despite all the obstacles, Americans are voting in huge numbers prior to Election Day. With a week to go, nearly 70 million voters have sent in their ballots or stood on line for early voting. The pandemic hasn’t prevented them from exercising their constitutional right. Nor have various Republican Party schemes to suppress the vote. Some patriotic citizens have waited all day at polling places just to make sure that their voices are heard.

Americans are not alone.

In Belarus and Bolivia, Poland and Thailand, Chile and Nigeria, people are pushing back against autocrats and coups and police violence. Indeed, 2020 may well go down in history alongside 1989 and 1968 as a pinnacle of people power. Some pundits, however, remain skeptical that people power can turn the authoritarian tide that has swept Donald Trump, Jair Bolsonaro, and Narendra Modi into office. “People power, which democratised countries from South Korea and Poland in the 1980s to Georgia and Ukraine in the 2000s and Tunisia in 2010, has been on a losing streak,” writes Jackson Diehl this week in The Washington Post. “That’s true even though mass protests proliferated in countries around the world last year and have continued in a few places during 2020 despite the pandemic.”

Diehl can point to a number of cases to prove his point. Despite massive popular resistance, many autocrats haven’t budged. Vladimir Putin remains in charge in Russia, despite several waves of protest. Recep Tayyip Erdogan seems to have only consolidated his power in Turkey. And who expected Bashar al-Assad to still be in power in Syria after the Arab Spring, a punishing civil war, and widespread international condemnation? Even where protests have been successful, for instance most recently in Mali, it was the military, not democrats, who took over from a corrupt and unpopular leader.

Rather than slink out of their palaces or send in the tanks for a final stand, autocrats have deployed more sophisticated strategies to counter popular protests. They’re more likely to wait out the storm. They use less overtly violent means or deploy their violence in more targeted ways to suppress civil society. Also, they’ve been able to count on friends in high places, notably Donald Trump, who wishes that he could rule forever. Pundits tend to overstate the power of the status quo. Autocrats may have the full panoply of state power at their disposal, but they also tend to dismiss challenges to their authority until it’s too late. As Americans await the verdict on Donald Trump, they can take heart that the tide may be turning for people power all over the world.

One year ago, Bolivia held an election that the Organization of American States (OAS) called into question. The apparent winner of the election was Evo Morales, who had led the small South American nation for nearly 14 years. The OAS, however, identified tampering in at least 38,000 election ballots. Morales won by 35,000 votes. Pressured by the Bolivian military, Morales stepped down and then fled the country. A right-wing government took over and set about suppressing MAS, the political party of Morales. It looked, for all the world, like a coup.

The OAS report set into motion this chain of events. Subsequent analysis, however, demonstrated that the OAS judgement was flawed and that there were no statistical anomalies in the vote. Granted, there were other problems with the election, but they could have been investigated without calling into question the entire enterprise. It’s also true that Morales himself possesses an autocratic streak. He held a referendum to overturn the presidential term limit and then ignored the result to run again. He came under criticism from environmentalists, feminists, and his former supporters. But Morales was a shrewd leader whose policies raised the standard of living for the country’s poorest inhabitants, particularly those from indigenous communities.

These policies have enduring popularity in the country. With Morales out of the political equation, Bolivians made their preferences clear in an election earlier this month. Luis Arce, the new leader of MAS, received 55 percent of the vote in a seven-way race, a sufficient margin to avoid a run-off. The leader of last year’s protest movement against Morales received a mere 14 percent. MAS also captured majorities in both houses of congress. An extraordinary 88 percent of Bolivian voters participated in the election. The victory of MAS is a reminder that the obituaries for Latin America’s “pink tide” have been a tad premature. The Bolivians are not the only ones intent on overturning the results of a coup.

In Thailand, crowds of protesters have taken to the streets to protest what The Atlantic calls the “world’s last military dictatorship.” In the past, Thailand has been nearly torn apart by a battle between “red shirts” (populists) and “yellow shirts” (royalists). This time around, students and leftists from the reds have united with some middle-class yellows against a common enemy: the military. Even members of the police have been seen flashing the three-finger salute of the protesters, which they’ve borrowed from The Hunger Games.

The protesters want the junta’s figurehead, Prime Minister Prayuth Chan-ocha, to step down. They want to revise the military-crafted constitution. And they want reforms in the monarchy that stands behind the political leadership. Anger at the royals has been rising since the new king took over in 2016, particularly since he spends much of his time with his entourage in a hotel in Bavaria. It’s not easy to outmanoeuvre the Thai military. The country has had more coups in the modern era than any other country: 13 successful ones and nine that have failed. But this is the first time in a long time that the country seems unified in its opposition to the powers that be.

Finally, the prospects for democracy in Mali received a recent boost as the military junta that took over in August orchestrated a transition to more-or-less civilian rule over the last month. The new government includes the former foreign minister Moctar Ouane as prime minister and several positions for the Tuaregs, who’d previously tilted toward separatism. Military men still occupy some key positions in the new government, but West African governments were sufficiently satisfied with this progress to lift the economic sanctions imposed after the coup. National elections are to take place in 18 months.

Standing Up the Autocrats: Belarus and Poland

Protesters in Belarus want Alexander Lukashenko to leave office. Lukashenko refuses to go, so the protesters are refusing to go as well. Mass protests have continued on the streets of Minsk and other Belarusian cities ever since Lukashenko declared himself the winner of the presidential election in August. The last European dictator has done his best to suppress the resistance. The authorities detained at least 20,000 people and beat many of those in custody. This Sunday, nearly three months after the election, 100,000 again showed up in Minsk to give punch to an ultimatum issued by exiled opposition leader Svetlana Tikhanovskaya: Lukashenko either steps down or will face a nationwide work stoppage. Lukashenko didn’t step down. So, people walked out.

The strikes began on Monday, with workers refusing to show up at enterprises and students boycotting classes. Shops closed down, their owners creating human chains in Minsk. Even retirees joined in. Notably, the protest movement in Belarus is directed by women. Slawomir Sierakowski describes one telling incident in the New York Review of Books:

After receiving reports of an illegal assembly, a riot squad is dispatched to disperse it. But when they get there, it turns out to comprise three elderly ladies sitting on a bench, each holding piece of paper: the first sheet is white, the second red, the third white again — the colors of the pro-democracy movement’s flag. Sheepishly, these masked commandos with no identification numbers herd the women into a car and carry them off to jail.

How many sweet old ladies can a regime lock up without looking ridiculous?

Women are rising up in neighbouring Poland as well, fed up the overtly patriarchal leadership of the ruling Law and Justice Party. The right-wing government has recently made abortion near-to-impossible in the country, and protesters have taken to the streets. In fact, they’ve been blockading city centres. It’s not just women. Farmers and miners have also joined the protests. As one miner’s union put it, “a state that assumes the role of ultimate arbiter of people’s consciences is heading in the direction of a totalitarian state.”

Strengthening the Rule of Law: Chile and Nigeria

Chile has been a democracy for three decades. But it has still abided by a constitution written during the Pinochet dictatorship. That, finally, will change, thanks to a protest movement sparked by a subway fare increase.  Beginning last year, students led the demonstrations against that latest austerity measure from the government. Resistance took its toll: around 36 people have died at the hands of the militarized police. But protests continued despite COVID-19.

What started as anger over a few pesos has culminated in more profound political change. This week, Chileans went to the polls in a referendum on the constitution, with 78 percent voting in favor of a new constitution. In April, another election will determine the delegates for the constitutional convention. In 2022, Chileans will approve or reject the new constitution. The protests were motivated by the economic inequality of Chilean society. A new constitution could potentially facilitate greater government involvement in the economy. But that kind of shift away from the neoliberal strictures of the Pinochet era will require accompanying institutional reforms throughout the Chilean system. A new generation of Chileans, who have seen their actions on the streets translate into constitutional change, will be empowered to stay engaged to make those changes happen.

In Nigeria, meanwhile, the recent protests have focused on an epidemic of police killings. But the protests have led to more violence, with the police responsible for a dozen killings in Lagos last week. Which only generated more protest and more violence. Activists throughout Africa — in Nigeria, Kenya, South Africa, and elsewhere — have been inspired by the Black Lives Matter movement to challenge the police brutality in their own countries. Accountable governments, transparent institutions, respect for the rule of law: these are all democratic preconditions. Without them, the elections that outsiders focus on as the litmus test of democracy are considerably less meaningful.

The Future of People Power

People power has caught governments by surprise in the past. That surprise factor has largely disappeared. Lukashenko in Belarus knows what a color revolution looks like and how best to head it off. The government in Poland contains some veterans of the Solidarity movement, and they know from the inside how to deal with street protests. The Thai military has played the coup card enough times to know how to avert a popular take-over at the last moment. But in this cat-and-mouse world, people power is evolving as well. New technologies provide new powers of persuasion and organizing. Greater connectivity provides greater real-time scrutiny of government actions. Threats like climate change provide new urgency.

Sure, authoritarians can wait out the storm. But the people can do the same. Here in the United States, periodic demonstrations have done little to push the Trump administration toward needed reforms. Nor have they led to his removal from office. Trump delights in ignoring and/or disparaging his critics. He rarely listens even to his advisors.

But the four years are up on Tuesday. The American people will have a chance to speak. And this time the whole world is listening and watching. Judging from the president’s approval ratings overseas, they too are dreaming of regime change.

John Feffer is the director of Foreign Policy In Focus and author of the new book The Pandemic Pivot.